Hundreds of Israelis gathered across the country on Monday to pray for the welfare of their Syrian neighbors the night before the holiest day of the Jewish year, Yom Kippur. Prayer rallies were held in nine different locations including Jerusalem, Tel Aviv, Haifa, Pardes Hanna, Beer Sheva, Tekoa, Ariel, Ma’ale Gilboa, and the Golan Heights, where shofars were sounded in solidarity.

According to UN estimates, over 400,000 Syrians have been killed in the past five years of civil war, including some 50,000 children according to the Syrian Observatory for Human Rights.

“There was something about their crying that reminded me of the sound of the shofar [ram’s horn] that we just heard in the synagogue on Rosh Hashana. After seeing how the war has caused such terrible suffering for the Syrian people, I felt that during these holy days I had to something for our neighbors.”

Kramer said the nation-wide prayer rally was organized in less than five days. Volunteers across the country responded to Kramer’s Facebook posts and began planning prayer rallies in different locations.

“There was an overwhelming response. All the different sectors of Israeli society took part – from Orthodox Jewish volunteers in Jerusalem to the Reform movement in Tel Aviv, along with musicians, rabbis, and professors who took on active roles in the gatherings – leading the calls to wake up the world to the dire situation in Syria,” said Kramer, who describes herself as social activist.

“The one thing we can do is pray for the Syrian people and not ignore what’s happening. We cannot allow the tragedy facing our neighbors to continue quietly,” added Shivi Froman, 36, another event organizer. Froman is the son of the late peace activist, Rabbi Menachem Froman of Tekoa in Gush Etzion.

“The human catastrophe in Syria keeps getting worse. The world cannot accept the slaughter of innocents and I hope our prayers open the gates of heaven tonight,” Froman told TPS.

Despite the terrorist attack that shook Jerusalem on Sunday, which left two Israelis dead and six injured, over one hundred people attended the prayer rally overlooking the walls of the Old City in Mishkenot Sha’ananim. One elderly religious couple, Gal and Uri Kaplun told TPS that they felt it was important to attend the event. “For us, this is about Jewish values and sharing our empathy for others through praying,” said Gal Kaplun. 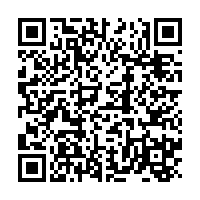