Herzliya (TPS) – Education Minister and Chairman of the Jewish Home Party Naftali Bennett told a counter-terrorism conference Monday that Israel is the world’s “front post” in the battle against terror.

“No nation is as threatened by terror as we are,” Bennett told the International Institute for Counter-Terrorism annual conference. “We’ve got Hezbollah in the north, we’ve got Jabhat al-Nusra in Syria, we have ISIS in Sinai, we have Hamas in Gaza – four of our frontiers with the deadliest terror organizations in the world, yet we’re thriving and we’re leading the battle because we’re here and we’re not going anywhere.”

“By being here we collect intelligence, methodologies, lessons learned, and we’re out there fighting day in and day out,” Bennett added.

However, Bennett also said that Israel and its leading role in the battle against global terrorism was being undermined by many in the international community pushing for a two-state solution between Israel and the Palestinian Authority.

“My one request from you coming from all around the world is don’t push us to divide our country. Don’t try and break us. Back us,” Bennett concluded. 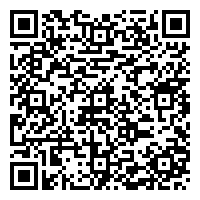