In a festive ceremony attended by Israel Defense Force chief of staff Gadi Eizenkot, the director of the Israel Antiquities Authority and a representative of the Ministry of Jerusalem Affairs and Heritage, the largest archaeological garden ever built in Israel was inaugurated Tuesday at the IDF Kirya base in Tel Aviv.

The exhibition – A Tumultuous City – is situated in the heart of “The City that Never Sleeps” and presents dozens of impressive items from major cities in the ancient world.


Among the most unique exhibitions are a stone that weighs six tons from the Western Wall.

In addition to the IDF chief of staff, IAA irector Israel Hasson, a representative of the Heritage Project in the Ministry of Jerusalem Affairs and Heritage, the Camp Rabin base commander Colonel Yigal Ben-Ami and senior officials of the IDF and the IAA were on hand for the festivities.

Hasson told those gathered, “The IAA seeks to expose soldiers – our future generation – to their past. The exhibition, which we organized in the epicenter of the army, brings a reminder that spans thousands of years of history to the daily life of tens of thousands of soldiers and visitors, that we are part of a chain of magnificent life. The exhibition was established as part of the IAA’s outreach policy of sharing our heritage with the public, whether in setting up exhibitions in public places or encouraging soldiers, pupils in military preparatory programs and youth to participate in archaeological excavations”.

According to the Minister of Jerusalem Affairs and Heritage, Ze’ev Elkin, “The importance of the presence of our heritage in the heart of the Kirya base in Tel Aviv, where all of the army’s senior officers pass, constitutes another tier in our national strength, resulting from the recognition of our heritage and the deep understanding of each soldier and officer that our future depends on our past and our heritage here in Israel”.

Minister of Culture and Sport, Miri Regev said, “The decision to inaugurate an archaeological garden here in the base of the IDF general staff conveys first and foremost an important moral message – recognition of Israel’s history is essential in building the image of the soldier who knows his past, understands the challenges of the present and is always ready to ensure the future of his people for the sake of future generations”.

Camp Rabin Commander Colonel Yigal Ben-Ami, added, “A people needs to be aware of its past. About 25,000 people pass by here every day and they will now have direct contact with their heritage. The new garden is an amazing connection between what we went through and our revival”.

According to Ayelet Grover, curator of the exhibition on behalf of the Israel Antiquities Authority, “The Hebrew word kirya first appears in the Book of Isaiah (22:2), meaning “town”, where it is written: ‘a tumultuous city, exultant town.’

“In a bustling place like the Kirya base, which is in the heart of The City that Never Sleeps – the economic, cultural and arts center of Israel, it was appropriate that we organize an archaeological exhibition in the city, which deals with human culture and the development of urban space.

“The exhibition tells the story of the oldest cities in Israel, the most ancient of which were established 5,000 years ago, and some of them still exist today.

“The presentation of stones that come from the earth and hold within them memory, history and culture, especially in a place where the full-force of contemporary architecture is present, creates, in my opinion, a thought-provoking dialogue between past, present and future,” she said. 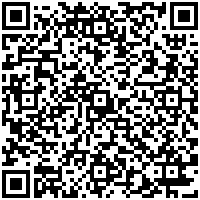