The Ministry of Industry, Trade, and Labor will allocate 500 million shekel ($140 million) to the integration of Haredim in the labor market, Minister Naftali Bennett announced today during a debate at the Knesset State Control Committee, ma’ariv reported.

“Integrating Haredim in the labor market is an acute national mission for the state of Israel,” the chair of the Jewish Home party said.


According to Bennett, “the dominant dynamic here is poverty. People who do not possess the economic ability to study Torah from morning till night would naturally seek a job. This is a blessed thing, and we must start working [to encourage it].”

Bennett added that his ministry is developing several axes along which to test the best way of integrating Haredim. “We want to direct Haredim to seek employment in areas where the market needs workers,” he said. “The current situation is that people are going to study and become proficient in areas the market doesn’t need. There’s a lack of coordination between what is and what’s needed.”

He gave one example: “Everybody is studying Law, instead of programming. There aren’t enough programmers out there, and any reasonably proficient programmer will be hired. The manufacturers are crying out, the hi-tech market is crying out for a workforce. That’s why we work all the time with the field and receive feedback. And the people in the field know well what works and what doesn’t, and we base our investment on their impressions.”

Bennett said the process will necessarily be one of trial and error, but his aim is to see in ten years the majority of Haredim integrated into the market.

Michal Tzuk, a Ministry of Industry, Trade, and Labor official in charge of employment, told the committee about a plan to create a prestigious program to prepare Haredim looking to work in hi-tech, which will include academic education and promoting Haredim as skilled workers.

Jealous Much? First Day of School in the Haredi Sector 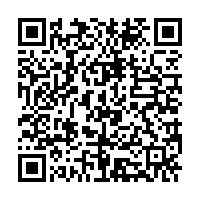