On May 26 the Jewish State welcomed home members of the Bnei Menashe community of Northeast India. Today they are already celebrating their first Shavuot in Israel at the Shavei Israel immigrant absorption center in Kfar Hadidim, near Haifa.

The new Olim, who hail from the northeastern Indian state of Manipur, were brought to Israel by the Jerusalem-based Shavei Israel organization, which received permission from the Israeli government last October to bring 900 Bnei Menashe to the Jewish State by 2015.


The Bnei Menashe are considered to be descendants of the tribe of Menashe (or Manasseh), one of the Ten Lost Tribes of Israel exiled by the Assyrian Empire after King Solomon’s death more than 2,700 years ago.

“After 2,700 years, we are bringing members of the Lost Tribe of Bnei Menashe home to Israel. Their arrival here on the eve of Shavuot is particularly fortuitous, since they will now be able to celebrate the festival of the giving of the Torah for the first time here in the Jewish state,” said Michael Freund, founder and chairman of Shavei Israel.

Shavei Israel is a non-profit organization founded by Michael Freund, who immigrated to Israel from the United States, with the aim of strengthening the ties between the Jewish people, the State of Israel and the descendants of Jews around the world.

The organization is currently active in nine countries and provides assistance to a variety of different communities such as the Bnei Menashe of India, the Bnei Anousim (referred to as the derogatory “Marranos” by historians) in Spain, Portugal and South America, the Subbotnik Jews of Russia, the Jewish community of Kaifeng in China, descendants of Jews living in Poland, and others. 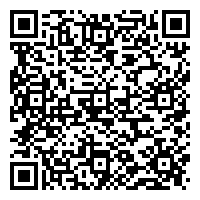