A bomb exploded in Bat Yam, on a Dan company bus #240 on Sunday afternoon.

Passengers had noticed a suspicious object on the bus, and informed the driver, who got everyone off the bus.


The bomb was left in a bag on a seat in the back of the bus.

The bomb exploded just as a police bomb squad member approached the bus, lightly injuring the officer. The passengers and driver were 15 meters from the bus when the explosion went off.

The Chief of Police has confirmed that the bomb was a terror attack. 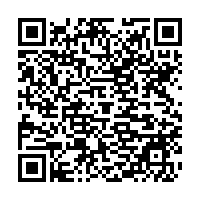