Zurich police have confirmed there was a bomb threat to blow up the FIFA congress, but they have since allowed the annual convention to continue following a search. The police received the threat by telephone on Friday morning.

FIFA general-secretary Jerome Valcke said: “In consultation with FIFA, the local authorities decided as a precaution to search the premises during the lunch break.”


The threat temporarily postponed the vote on a Palestinian Authority imitative to expel Israel from FIFA, unless a compromise is reached first.

Delegates and journalists were allowed back into the hall once police officers cleared the premises for a search, according to a Zurich site, The Local.

FIFA official Jérome Valcke said when the delegates returned to the meeting hall that they had received an anonymous threat and that the police had searched the premises during the meeting lunch break before saying all was clear.

“FIFA and the authorities immediately evaluated the situation,” Valcke said.

“The premises have been cleared now by the authorities. The Congress can start again.”

“So you have again my smile,” FIFA president Sepp Blatter responded.

FIFA president Blatter is seeking re-election amid a scandal after seven top FIFA officials were arrested this week on charges of racketeering involving millions of dollars of bribes and corruption charges. 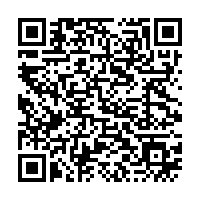