The Border Police unveiled on Tuesday a new national undercover unit, named “Sinai,” which will combat crime in the Arab-Israeli sector.

The Border Police held a ceremony to launch the new undercover unit whose main purpose is activity against crime gangs throughout the country, dealing with riots with advanced capabilities, and fighting terrorism.


In March 2021, Commissioner of Police Yaakov Shabtai decided to establish another undercover unit that will operate against serious crime and terrorism among Arabs with Israeli citizenship.

The Special Forces troops underwent unique training to provide them with tools to deal with the great challenges they will face on the ground.

Shabtai stated that the new unit will “bring to the battle the highest operational capabilities the police have to offer. Unique technology and weapons alongside creativity, operational flight, and quality manpower that will be directed to what I have defined as a mission of national importance.”

“We will restore security to the Arab localities. It is a process that the police will lead on all levels including aggressive economic enforcement activities that will make it clear to criminals that the harm will also be severe to their pocket. Together we will succeed,” he declared.

Arab-Israeli society is plagued with daily incidents of violence. Over 110 Arabs were killed in criminal violence in 2020, and 82 have been murdered so far in 2021. 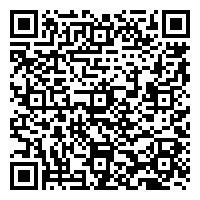