An alleged shoplifting incident in Hong Kong in 2006 has become a major issue over whether Yaakov Frenkel will return to his former post as Governor of the Bank of Israel, replacing Stanley Fischer who is quitting in mid-term to return to the United States.

Prime Minister Binyamin Netanyahu’s nomination of Frenkel two weeks ago seemed a sure thing until someone remembered the Hong Kong affair over a bottle of cologne. Frenkel not only denies any wrongdoing but also claims that Hong Kong authorities were grateful that he did not sue over the “misunderstanding.”


His nomination has to be cleared by the Turkel Committee, which examine nominees for most government posts. The panel initially gave the go-ahead, but that was before it knew about the bottle of cologne.

Frenkel’s problem is that even if he is absolutely innocent, the suspicion may be enough keep him out of any other important job, such as a post that was being prepared for him at JP Morgan. 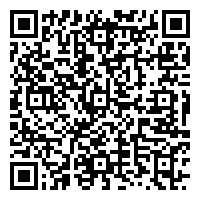