At around 6:23 PM on Thursday evening, a man and his daughter were hit by a firebomb attack on the road between Maaleh Shomron and El Matan. Reports came in to emergency services of a car on fire.

The father was lightly injured, but his 11 year old daughter has been seriously burned and injured.

Both managed to run to El Matan for help, while on fire, before collapsing.

The girl in unconscious and on a respirator.

Both are being transported to the Sheba hospital in Tel Hashomer.

The names for prayer purposes of the daughter and father wounded in tonight’s firebomb terror attack are Ayala bat Rut and Avner ben Rachel.

The IDF is searching for the terrorists.

Corona Lockdown: How Not to Fight With Your Spouse for the Sake of the Children 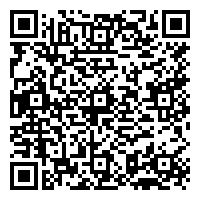