On Saturday, His Royal Highness Prince Philip, Duke of Edinburgh, age 99, was laid to rest in a funeral attended by just 30 family members, due to COVID-19 restrictions.


A small four-person choir sang, a capella, God Save The Queen. Military bands played the music that had been selected by Prince Philip himself as a procession of royal family members escorted his casket to St. George’s Chapel in Windsor Castle where, as millions watched by satellite and traditional television, the nation reflected on the service of the Duke of Edinburgh.

The Duke’s wife of 73 years, Queen Elizabeth II, sat alone in the church, away from others in accordance with coronavirus protocols.

His two grandsons, Prince William and Prince Harry, walked and sat as far apart from each other as possible, with a cousin walking in between. The two have been at odds over an interview granted to and broadcast by Oprah Winfrey by Prince Harry and his wife Megan Markle. The two brothers, however, were later seen walking together and quietly chatting following the funeral.

Prince Charles, oldest son and heir to the throne and father of William and Harry, walked with his sister Princess Anne, his face clearly showing his deep mourning.

“Grief is the price we pay for love,” said a narrator as footage of the funeral was broadcast on Sky News. “And to her duty, and action stations, the Queen returns to her work as sovereign, with her family to support her and with the affection and memories of a nation.” 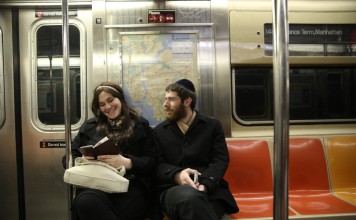