The leftwing organization “J Street” will hear a prerecorded video address by Palestinian Authority leader Mahmoud Abbas at its annual conference, to be held in a virtual format this year on Monday and Tuesday this week.

In his address, Abbas is expected to thank President Joe Biden for restoring funding to the Palestinian Authority, according to Haaretz quoting a second Israeli news outlet. Abbas will reportedly also criticize what he calls “Israeli obstructions to peace” including settlement expansion.


J Street, which refers to Palestinian Authority-controlled areas of Judea and Samaria as “Occupied Palestinian Territory,” is working to hold Biden to his promise of restoring US relations with the Ramallah government and to resuscitate the moribund peace talks abandoned by Abbas within months after Prime Minister Benjamin Netanyahu took office.

But the organization appears to be modifying its approach; for the first time ever, J Street head Jeremy Ben Ami suggested in a tweet this weekend that “confederation” might provide “a creative way” to reach a two-state solution – the former decades-long failed attempt to reach peace between the Palestinian Authority and Israel.

Join us at #JStreet2021 where on Sunday afternoon we'll explore fresh thinking on what a two-state solution looks like. Because J Street is unwavering in our support for two states, we are interested in whether confederation provides a creative way to get there.

“J Street welcomes recent moves by the Biden administration to restore critical humanitarian, security and refugee assistance to the Palestinian people and to the United Nations Relief and Works Agency (UNRWA), which plays a vital role in providing for the basic needs of millions of Palestinian refugees,” J Street wrote in a release on April 7, 2021.

“These moves begin to undo the damage done by the Trump administration, which unilaterally and harmfully cut of virtually all forms of US assistance to the Palestinians – over the objections of leading members of the Israeli security establishment, who warned that this assistance is needed to avert a humanitarian crisis in the Occupied Palestinian Territory and prevent further instability,” the organization said.

In addition, the Arab nation of Qatar sent monthly infusions of millions of dollars in cash into Hamas terrorist-run Gaza throughout the period in which funding was cut, and has continued the practice to date. 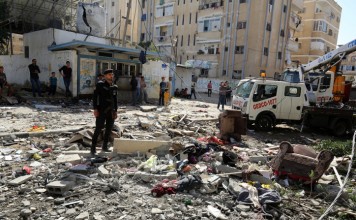 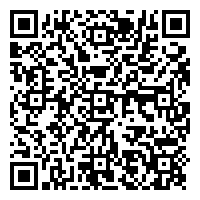