There have been all kinds of variations on the original creative Ice Bucket Challenge for ALS. But some folks in Lebanon have one that probably many people throughout the Middle East, and even in Europe and the United States, would be too frightened to take on. It’s the #BurnISISFlagChallenge, and it was started by three Lebanese youths after ISIS captured Lebanese soldiers and police, and beheaded a Lebanese officer. This happened when members of ISIS took over the Lebanese border town of Arsal for several days in August. ISIS continues to hold captive those they did not behead.

But photographs of the Lebanese soldier’s beheading was posted on social media, enraging many Lebanese.


The hashtag #BurnISISFlagChallenge or #BurnISIS has been circulating across social media since Saturday, after pictures of the three boys burning an ISIS flag in Beirut’s Sassine Square were first shown.

A video was created by someone which showed a person burning a picture of the ISIS flag. The video had a caption: “I nominate the whole world to the #BurnISISFlagChallenge. You have 24 hours. GO!!”

The Lebanese Justice Minister, Ashraf Rifi, has been very critical of the ISIS flag burning trend, and called for strong punishments against those who burned the ISIS flag. Not because the justice minister is necessarily fond of ISIS, but because the flag contains symbols of Islam, and the Muslim declaration of faith, or Shahada, “which is the cornerstone of Islam and has nothing to do with ISIS and its terrorist approach.”

Because of the declaration, there are those who condemn burning the flag as that action would constitute an insult to Islam.

But a member of the Change and Reform party, Nabil Naqoula, disagreed, saying the flag “does not represent Islam in the slightest.” 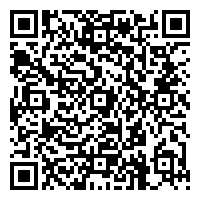