The Israeli cabinet passed the mini-market Shabbat bill on Sunday. The social/religious law, introduced by Minsiter Aryeh Deri (Shas), requires mini-markets in Israel be closed on Shabbat, with the exception of Tel Aviv.

The bill will now go to the Legislation Committee before it is voted on in the Knesset.

Education Minister Naftali Bennett (Bayit Yehudi) responded that without 3000 years of Shabbat, we never would have had a Herzl.

Minister Aryeh Deri (Shas) said, “We want to prevent a change to the status quote, to prevent the Shabbat from turning into a national shopping day.” Deri said he recognized that he can’t close the mini-markets in Tel Aviv, but he can prevent them from starting to open up around the rest of the country,

While Minister Sophia Landver (Yisrael Beteinu) said, “We won’t let a minority rule over our lives.”

Prime Minister Netanyahu said at the last Likud meeting, “The Shabbat is important to us. This is still a Jewish state, the Shabbat is part of our lives, but we’re also a modern state. Our Ultra-Orthodox brethren understand their needs as well as the needs of the nation of Israel. We’ve reached a fair solution for the good of all sides.”

In a related story, national soccer players have turned to the religious parties to prevent them from being required to play matches on Jewish day of rest, but that’s apparently too much to ask from this government, and a decision will likely be made soon allowing the leagues to force players to play. 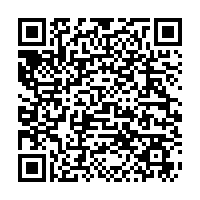