On Saturday, the April 6 Youth Movement, a leading force behind the 2011 revolution and a powerful actor on the political scene since, commemorated the fifth anniversary of a historic strike in the city of Mahalla with anti-government protests in Cairo and a number of other areas, Al Ahram reported.

The situation in Cairo deteriorated when security forces inside the High Court building fired teargas at the crowds outside.

Sporadic clashes between protesters and police are reportedly still ongoing.

The April 6 Youth Movement, founded in 2008 to support striking textile workers in the Mahalla, announced last week that it would celebrate the anniversary with protests against the government of Mohamed Morsi, who “failed to deliver on the promises of the revolution.”

“We supported President Morsi when he ran for presidency. Now, after he issued his constitutional declaration, rammed through a new constitution and failed to meet the goals of the revolution we have joined the ranks of the opposition,” said Ahmed Maher, co-founder of the April 6 Youth Movement.

Protesters’ anger was focused on the interior ministry.

Other opposition parties joined in the call for anti-government protests.

Four main marches took place in Cairo, and all four marches headed for the office of Prosecutor-General Talaat Abdullah. Abdullah, who was appointed by President Morsi, has come under fire after a wave of pre-trial detentions of protesters and arrests of well-known activists and media figures, including satirist Youssef Bassem.

A Qatari flag was burned at one of the rallies, in protest of that country’s support for the Muslim Brothers, and van of the Qatar-based Al Jazeera television channel was greeted with hostile shouts.

At night, as the rallies descended on the High Court where the prosecutor-general’s office is located, teargas was fired from inside the court building at the loud but peaceful rallies gathered outside Security forces continued to fire intense teargas volleys at protesters, who rallied in nearby streets and continued to press towards the High Court.

“The regime’s ministry of interior respond to chants with teargas and birdshot,” read the statement published on the movement’s official Facebook page.

The movement accused the ministry of interior of “prostituting” for every Egyptian regime. 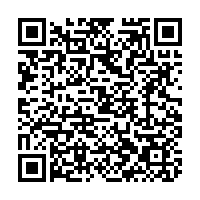