Kishka
‘Their Consumers Are Not Human!’
(Me’ilah 20b)

There are actually at least two halachos we can learn from Rabban Shimon ben Gamliel’s statement. The first concerns forbidden foods. Halacha dictates that these foods become insignificant (bateil) if they are accidentally mixed into a majority of permitted food. There is an exception, however, to this rule. “A portion fit to be served to honor someone” does not become bateil in a majority of permitted food (Chullin 100a). Thus, based on Rabban Shimon ben Gamliel’s statement, the poskim state that intestines are not fit to honor someone (since a person who eats them is not even considered human!) and thus do become bateil (see Tur, Y.D. 110; Semag, lavin, 141; Kolbo, 100; Semak, Mitzvah 214; Hagahos Rabeinu Peretz, ibid., Hagahah 2; Shulchan Aruch, Y.D. 101:5, and Beiur HaGra, ibid, s.k. 15).

Rabban Shimon ben Gamliel’s statement is also relevant in another regard. In certain circumstances, a person may rely on a lenient halachic position if a great loss of food will otherwise result. Because of Rabban Shimon ben Gamliel’s statement, the Pri Megadim rules (Y.D. in Sifsei Da’as, 72:20 and in Mishbetzos Zahav, 75:6) that one should not be lenient when it comes to intestines since their loss is not considered great.

Tosafos (s.v. “Kirbayim lo basar ninhu”) explain that people do not usually eat intestines. They do, however, feed it to dogs. Therefore, a person cannot void a sale of kishka by claiming he bought it in error. Rashi (s.v. “Kirbayim”), however, interprets Rabban Shimon ben Gamliel’s statement as a figure of speech. He writes that intestines are fit for human consumption, but someone who buys intestines at the price of meat is outstandingly stupid because meat is far better.

The Mordechai (Bezah 1:647) adds an important qualification. He writes: “The statement that he who eats [intestines] is not human means that even those who eat intestines only eat them with stuffing.” Indeed, Tosafos state in Pesachim (74b, s.v. “Taflu”) that in their era people used to eat intestines stuffed with dough. Therefore, Rabban Shimon ben Gamliel’s statement concerns eating intestines without stuffing. In their natural state, they are not fit to be served before kings and involve no great loss if thrown away. If they are stuffed with tasty dough, though, they are indeed fit to be served before kings.

The Yad Chanoch (30) states that a puzzling ruling of the Shach makes sense in light of the Mordechai’s qualification. The Shach rules (Y.D. 113:2) that intestines cooked by a gentile are forbidden because of bishul akum. But one of the conditions for bishul akum is that the food be fit for kings. Are intestines included in this definition? According to the Mordechai, the answer is yes. Intestines stuffed with tasty dough are fit for kings – as well as for our Shabbos tables. 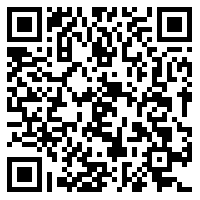