Republican mayoral hopeful John Catsimatidis may be self-funding his campaign but he’s not sitting idly either. The Republican candidate has held nearly 50 “friendraisers” since March. The invitation-only events provide, at no cost, something the city’s richest residents often pay dearly for: one-on-one face time with the politician in a small, social setting.

In an interview with the WSJ, Mr. Catsimatidis called the events his way of keeping in touch with friends and meeting their friends, as he’s running his busy campaign. “They don’t have to write a check,” Mr. Catsimatidis said.

“The events outside Manhattan are drawing large crowds and attracting GOP Primary voters, building the enthusiasm we need to win,” he said.

Friendraisers have been held in middle-class neighborhoods in Queens and Brooklyn.

According to the WSJ, many who attended the events said they came away impressed with the candidate’s business-savvy and willingness to engage in candid, one-on-one conversations.

The campaign of Republican mayoral hopeful of Joe Lhota , Catsimatidis’s main rival in the GOP primary, took the opportunity to paint Mr. Catsimatidis as being out-of-touch. “Whether it’s bankrolling political committees or subsidizing events, the only support John has in this campaign is the kind he’s bought and paid for,” said Jessica Proud, a spokeswoman for  Lhota.

Mr. Ryan responded: “Obviously, the Lhota campaign is jealous.” He added that Mr. Catsimatidis is “drawing large crowds and winning support in all five boroughs.” 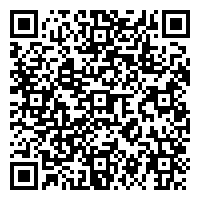