Joe Lhota woke up this week with a fresh burst of energy as he kicked off the last two weeks of his campaign to discourage voters from voting for Bill de Blasio. In a speech in front of a real estate group Wednesday morning, Mr. Lhota ratcheted up his charge that Bill de Blasio, if elected, will take the city in a “tried and failed” direction.

“My opponent will tell you that he understands your concerns, and behind closed doors he’ll tell you things that are the complete opposite of his public rhetoric,” said Mr. Lhota. “When he does this, I want all of you to remember one thing — one thing, when Bill de Blasio tells you that he understands the concerns of New York City’s business leaders: Bill de Blasio is not a leader; he has never managed anything.”

“Despite eight years on the City Council and four years as Public Advocate, New York City has little to show for Bill de Blasio’s 12 years in elected office. Why? Bill de Blasio is not a leader. The dark days of the 1980s are where Bill de Blasio learned the ropes. The problem is, he learned all the wrong lessons. In Bill’s view, the New York City of David Dinkins and 2,000 murders a year was a success story, while the progress of the last 20 years is, in his words, “unacceptable.” This is the central idea of Bill de Blasio’s campaign, an idea that is the opposite of tried and true: it’s tried and failed,” he charged.

Speaking to reporters following the speech, Mr. Lhota sought to use as many zingers and punch lines possible to double down on Mr. de Blasio, as he had begun to do at Tuesday night’s debate.

“I mean, he talks a good game, but boy, he can’t even get into the first inning, because once you go past and ask any type of a detailed question, it’s ‘blah, blah, blah, blah, blah,’” he said of Mr. de Blasio.

“Did you miss me?” Mr. Lhota responded with a devilish smirk when asked by a Capital New York reporter about his new aggressive style during a scrum with reporters after the speech. “I’m back!”

“I don’t know, I don’t know,” he said when pressed on where he’d gone. “I went into the debate last night loose, not worried, wanting to have a conversation with my opponent, with the people at home, sitting watching television. And that’s what I did … I prepared to do what I’ve done my entire life: speak my mind, don’t anyone put words in my mouth and just put the issues out there.”

“This all started with my opponent tagging me with Rudy Giuliani. Rudy Giuliani this, Rudy Giuliani that. That’s fine. I’m inextricably linked to Rudy Giuliani,” he said. “But if that’s the direction he wants to go in, I want to remind everybody that he worked for the biggest failure of a mayor that’s ever hit the shores of the City of New York. David Dinkins was an abysmal failure right from the get-go. And so if he wants to talk about my experience working in the prior administration, I’ll talk about his experience in the prior administration and how dangerous this city was from [the Dinkins’ administration] lack of action.” 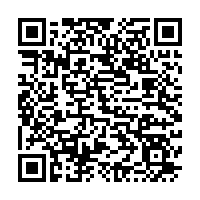