Chelsea tweeted a few hours after the birth:

Marc and I are full of love, awe and gratitude as we celebrate the birth of our daughter, Charlotte Clinton Mezvinsky.

The baby’s famous and very excited grandparents are, of course, former President Bill and Hillary Clinton.

Congratulations on giving birth to a healthy baby.

When she announced he pregnancy, Clinton, who heads an interfaith society had previous said, “With all candor, because my husband is Jewish and I’m Christian, and we’re both practicing, it’s something that’s quite close to home.”

As Rabbi Stav, the head of the moderate, Israeli Orthodox organization, Tzohar, said in November 2013,

Assimilation is rampant among non-Orthodox Jews in America and is even worse in Europe.

According to Jewish law, a person is only considered Jewish if their mother is Jewish, or they underwent a proper conversion. Simply calling yourself Jewish, when you’re not, does not make one Jewish.

Charlotte will of course be able to properly convert to Judaism when she gets older, if she wants to become a Jew.

Judaism does not discriminate against anyone who wants to sincerely take upon themselves the obligations and laws of the Torah, and join the Jewish nation. 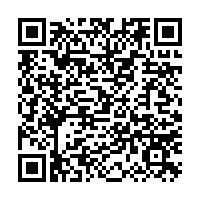