Rabbi David Stav is, possibly, the most popular Orthodox rabbi among unobservant Israelis. He has founded and is leading Tzohar, an organization whose main goal is to make Orthodox weddings and other lifecycle events pleasant and uncomplicated for Israelis who would otherwise opt for a secular option. And so, the fact that even this most moderate and open minded scholar could not bring himself to recognize any Jewish validity in the Reform movement (nebech) says a lot.

In a public debate at the Knesset Israel-U.S. lobby on Tuesday, chaired by Labor MK Nachman Shai, Rabbi Stav had this to say about the Reform movement’s demand that their conversions be recognized by the Jewish State:

Rabbi Stav spoke after the visiting head of the Reform movement, Reform Rabbi (nebech) Rick Jacobs told the Knesset forum that Reform and Conservative Jews outnumber and outweigh the Orthodox (my translation was done from the Hebrew transcript in Srugim – YY).

“The members, the contributors and the leaders of AIPAC and the federations are Reform and Conservative,” Jacobs stated, adding that his people share an unconditional commitment to support the state of Israel and its citizens (on the proper side of the green line, of course – YY).

He pointed out that after Senator Joe Lieberman’s retirement, all the Jewish members of the Senate and the House will be either Reform or Conservative.

“The Reform and Conservative are the leaders in every segment of American society,” Jacobs stressed. “Therefore the fact that Israel remains the last democracy in the world that discriminates against Jewish denominations representing the majority of Jews in the world and in the United States – is pushing away Jews, puzzles many Americans and erodes Israel’s image as a democratic home that permits freedom of religion. We are not equals in the Jewish State. We believe there’s more than one, authentic way to be Jewish.”

In his response, Rabbi David Stav argued that the law in the state of Israel says we must insure the continuity of Israeli society. “I must guard the existing framework,” he vowed. 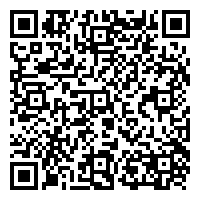