Chief Justice John Roberts joined the Democrat-appointed justices on the Supreme Court to uphold the constitutionality of the Obama Administration’s healthcare program.

The court ruled 5-4 that Congress has the power to impose the healthcare mandate under its power to levy taxes. “This is sufficient to sustain it,” the court ruled.

The court also ruled that Congress acted within the boundaries of the constitution in expanding Medicaid under the act, but decided that it would be unconstitutional for the government to withhold Medicaid funds for non-compliance with the expansion provisions, which it threatened to do under the legislation.

“Nothing in our opinion precludes Congress from offering funds under the (Affordable Care Act) to expand the availability of health care, and requiring that states accepting such funds comply with the conditions on their use. What Congress is not free to do is to penalize States that choose not to participate in that new program by taking away their existing Medicaid funding,” Roberts wrote in the majority opinion.

According to SCOTUSblog, Justice Ginsburg made it clear that the vote is 5-4 on sustaining the mandate as a form of tax. Her opinion, for herself and Justices Sotomayor, Breyer and Kagan, joins the key section of Roberts opinion on that point. She would go further and uphold the mandate under the Commerce Clause, which Roberts wouldn’t. Her opinion on Commerce does not control.

Teams from Faith and Action and the National Prolife Center actively prayed in front of the Court the entire time the arguments were being heard. The day before the decision they encircled the Court with prayer, placing 3300 flowers on the sidewalks around the Court as a reminder of the number of innocent babies killed every year in America as a result of abortion on demand.

Congressman Jerrold Nadler (D-NY) said that “in upholding the Affordable Care Act, the Supreme Court has shown that, even at a time when Washington seems to have reached a new level of dysfunction, there remains a respect for the rule of law, for precedent, and for the ability of Congress to legislate on matters that affect the American people.”

Nadler was pleased to note that “by not caving in to the most craven political calls, it appears the Court has stood by more than 70 years of legal precedent to ensure that: some 32 million Americans will have access to health insurance; we stop the unnecessary deaths of 42,000 Americans annually who die simply because they lack health insurance; insurers can no longer deny a child health care because of pre-existing conditions; millions of young adults receive coverage on their parents’ plans until age 26; insurers can no longer impose lifetime limits on coverage; millions of Americans receive free preventive care; and, seniors save billions of dollars on prescription drugs.” 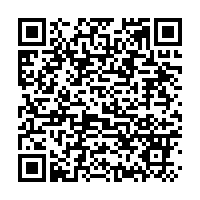