Having miraculously survived major medical emergencies, Rabbi Yisroel Belsky had been joyously welcomed by roshei yeshiva at his home, at the yeshiva, at the kashrus office of the OU, and now, dramatically, at the YTV dinner.

His voice strong, Rabbi Belsky movingly told of Rabbi Avrohom Yehoshua Heshel Twersky, zt”l (1895-1987), Machnovka Rebbe. For many years in Russia he defied the Communist authorities by teaching Torah and chassidus. After World War II, he was asked by Soviet authorities to be the chief rabbi of the Soviet Union. He refused and was exiled to Siberia. In 1965, being the last chassidishe rebbe there, he received permission to leave the Soviet Union and emigrated to Bnei Brak in Israel.

Upon his arrival, thousands of chassidim welcomed him and joined with him in tefillah. At the repeat of Shemoneh Esrei, he turned toward the mispallelim. A chassid whispered to him that chassidishe rebbes, as opposed to ordinary shul rabbis, face the mizrach (Eastern) wall during tefillah. The Machnovka Rebbe whispered back that after 30 years of not having seen Jews praying, he would not be denied that pleasure.

Rabbi Belsky emotionally shared that he now knows how the Machnovka Rebbe felt. The spellbound audience of more than 1,200 people at the Dinner then knew exactly what Rabbi Belsky felt.

Fountainhead of Torah in America

With its long and distinguished history, Yeshiva Torah Vodaath stands out among the growing number of citadels of Torah learning in America. The yeshiva was established in September 1918 by a small group of observant immigrant parents in Brooklyn, led by Reb Binyamin Wilhelm zt”l (1886-1974), who were deeply concerned about Torah education for their children in their new country.

The United States was a true haven for the industrious, pioneering immigrants, offering every liberty and opportunity except that of a Torah education. The parents desired that their sons have the same opportunity to mature in traditional Torah learning as their counterparts in their old European hometowns and shtetls. Twenty students comprised the opening class. Rabbi Shraga Feivel Mendlowitz, joining in 1920, served as the yeshiva’s first menahel.

As Jewish immigration to America continued, Rabbi Shraga Feivel worked ever harder. The yeshiva quickly outgrew its temporary home at a small shul on Keap Street in Williamsburg, Brooklyn. Other short-term lodgings were quickly outgrown until a new building was erected at 206 Wilson Street. In the years since the Yeshiva has become a true citadel of Torah in every sense of the word – with a campus on East Ninth Street in the Kensington area of Flatbush, a beis medrash facility in Monsey, an elementary school division in Marine Park, and two summer camps all serving a student body, from nursery to postgraduate kollel, that numbers nearly 2,000 students.

Since its inception YTV has had a profound effect on American Jewry. Its alumni continue to be found in every facet of life, as spiritual leaders of congregations, teachers in yeshivas, officers of religious organizations and businessmen and professionals. It continues to serve Klal Yisrael with its superlative Torah learning, led by gedolei Torah, as well as its superb elementary and high school departments of secular studies.

Dr. Bernard Fryshman, a professor of physics at Pratt Institute and the executive vice president of the Association of Advanced Rabbinical and Talmudic Schools (AARTS) Accreditation Commission (he was the first university professor to wear a yarmulke during his lectures) reported, in a now famous letter to Rav Pam, zt”l, that YTV alumni were found in the leadership of almost every observant Jewish organization in America.

The succession of roshei yeshiva that have taken part in YTV’s Torah glory, forming a golden chain of tradition, is truly impressive:

The names of these preeminent roshei yeshiva reverberate wherever Torah is treasured. Many of them authored sefarim that are ever present on the shtenders (book holders) of roshei yeshiva and Talmudic students around the world

Born in 1922 in Pittsburgh, which at the time had no yeshivas, Talmud Torahs, or other organized Jewish education, Rabbi Scheiner was a student in the city’s public schools. Sent to the Catskills for health reasons, he was introduced to the yeshiva world at Camp Mesivta. He “enlisted” in Yeshiva Torah Vodaath and became a student of Rabbi Shlomo Heiman, zt”l, and Rabbi Reuven Grozovsky, zt”l. Rabbi Grozovsky was a son-in-law of Rabbi Boruch Ber Leibowitz, zt”l (1864-1939), rosh yshiva Kaminetz. That relationship ultimately brought Rabbi Scheiner to his present position as rosh yeshiva Kaminetz in Jerusalem, which has an enrollment of more than 1,000 students, kein yirbu.

In addition to the recognition bestowed on the honorees, appreciation was given to YTV’s graduating classes of 1952 (60th Anniversary), 1962 (50th Anniversary), and 1987 (25th anniversary) with many graduates serving today as rabbis, rosh yeshivas, professionals, and dedicated laymen. 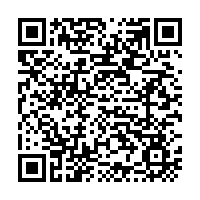