He previously called on the public, in an elaborated ruling, to use leafy vegetables that hadn’t been treated with pesticides and to thoroughly clean them at home “like in the good old days.” Now, the Rabbinate has made public its intention to make the criteria even tougher, and in extraordinary cases even to remove kashrut certification from stores marketing vegetables with high level of pesticides


A letter issued by the Kashrut department of the Chief Rabbinate, describes “serious incidences where some of the supervised, ‘bug-free,’ leafy vegetable growers are using higher levels of pesticides than allowed or alternatively using forms of pesticides that are forbidden by Health Ministry standards because they are harmful to human health.”

“The national Kashrut division has been asked to instruct officials providing kashrut certification to these producers to issue certificates only to companies supervised by the Israeli health ministry on a regular basis – either directly by health ministry laboratories or by laboratories approved by the ministry,” the Rabbinate’s letter continued.

The letter stated emphatically: “Let it be clear to all food services and producers whose kashrut is certified by the local rabbinate, not to purchase, under any circumstances, produce that is not supervised, since it is impossible to check it in the public sector. As of now, there is no change in the instructions that obligate you to use health ministry-supervised produce exclusively.”

A Chief Rabbinate spokesman said that “companies which will not comply with these standards will be disqualified by the issuers of Kashrut certificates, and we will even publicize it, so that it won’t be permissible to use their products in places that are supervised by the local rabbinate.”

In a long, detailed, halachic ruling issued last week, Rav Amar wrote that it is preferable to use vegetables that were not grown by the bug-free method (using the dangerous pesticides) and to clean them at home. According to Rav Amar, the processes used to prevent infestation cause many health risks.

Rav Amar is adamant on correcting the popular misconception among Orthodox Jews that it is impossible to clean vegetables from insects, and that they, therefore, must be purged using special ‘bug-free’ methods which actually cause a lot of health hazards.

Rav Amar further argues that it is inconceivable that the population that wants to be more cautious about kashrut issues should spend more money for produce that is hazardous to their health.

According to Rav Amar’s halachic ruling, “there is no justification that people who are careful regarding the prohibition of eating worms and insects pay good money for it, and that even poor people are driven to reduce their children’s food intake, thinking they are being spared from halachic prohibitions, only to be victims of bigger threats than those halachic prohibitions.” 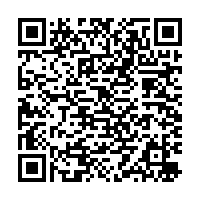