Now, there’s a fine exercise in the diplomatic niceties one must endure when one is prime minister of a small state in the near east, surrounded by enemies, with few friends to spare, and one’s favorite candidate has come up short.

Israeli prime minister Benjamin Netanyahu (R) met on Wednesday with U.S. ambassador to Israel Dan Shapiro, to congratulate him on his boss’s win the night before. Both men knew the score, both knew that if the other guy had won there would have been a genuine, huge smile on Bibi’s face, but God, as usual, insisted on His mysterious ways, and so, there you go.


If I were Bibi, then after that obligatory meeting I would have locked myself in my office with a good book and a box of Lady Godiva rich Belgian chocolates and sulked for a couple of hours.

Of all the things our side has lost last Tuesday, losing the chance for the inside track to the White House was the most painful. We’re doing OK with the Kremlin, but we desperately need someone who knows someone on Pennsylvania Avenue. Israel can’t afford four years of tense relations with the second term prez. 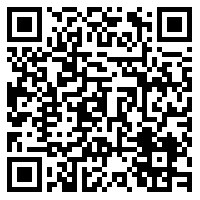