On the eve of the 2012 elections, Gil Hoffman, the Chief Political Correspondent for the Jerusalem Post, gave a lecture at Franklin & Marshall College, located in Lancaster, Pennsylvania.

The lecture was titled, “Red States, Blue States and the Jewish State: An insider’s perspective from Jerusalem on the U.S. election’s impact on Israel.”


Hoffman covered a variety of topics, seeking to educate the audience on what the U.S. elections mean for Israel, and how Israelis view the candidates, but he made it clear that both he and the Jerusalem Post did not endorse any candidate.

Two of the major points Hoffman addressed were the relationship between President Obama and Prime Minister Benjamin Netanyahu, and the threat of the Iranian nuclear program on Israel.

Earlier in President Obama’s term, Hoffman met with Natan Sharansky, former Soviet refusenik who now heads the Jewish Agency for Israel. Sharansky told Hoffman that the source of tension and disagreement between Obama and Netanyahu arose solely from what Netanyahu experienced as unpleasant surprises.

Hoffman elaborated on those surprises: During a meeting between Obama and Netanyahu in May of 2009, Obama demanded the halt of Israeli settlement building and expansion, without notifying Netanyahu’s administration of this demand prior to their meeting. Hoffman also noted Obama’s publicly announced proposed peace plan back in May 2011, just one day before Netanyahu’s scheduled visit to the States. The plan was based on the “1967 borders,” which Obama justified, supporting the Palestinian necessity to “govern themselves, and reach their full potential in a sovereign and contiguous state.”

Throughout Obama’s first term, Jerusalem Post polls revealed vastly fluctuating opinions of Israeli citizens on whether or not the U.S. President was pro-Israel or pro-Palestinian. Israelis’ ratings of President Obama changed dramatically from the all-time low of a four percent pro-Israel rating in Aug. 2009, in contrast with the President’s 54% positive rating in Sept., 2011. The 54% pro-Israel rating was announced just after Obama went to the U.N. and delivered a speech opposing the Palestinian statehood bid.

Hoffman told this college audience that Iran is the issue Israelis care most about.  He also told them that war is the last approach Israel wants to take. When asked about the possibility of an imminent Israel attack on Iran, Hoffman answered as follows:

Prior to the U.S. election, 57% of Israeli Jews supported Romney, 27% supported Obama. Israeli citizens — along with Prime Minister Netanyahu — have at times been disappointed and frustrated by President Obama, yet Hoffman said that Israelis “saw both sides” in this year’s U.S. election.

In a Jerusalem Post poll taken in Sept. 2012, 78.8% of Israeli Jews were optimistic about Israel’s future. With President Obama now set for a second term, this number will be closely monitored for any changes.

Hoffman concluded the evening by informing students, faculty, and local residents who attended the event about how they could help Israel from their homes.

“I say helping Israel is easy,” Hoffman said. “E.A.S.Y., which stands for Education, Advocacy, Solidarity, and Your money.” 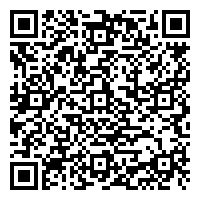