On Friday night, 15 Arabs rioters from the Silwan/Shiloach (City of David) broke in and attacked Jerusalem’s Diaspora Yeshiva on Mount Zion.

The Arabs attacked the Yeshiva students inside with stones and blocks, according to a report on B’Chadarei Chareidim.

Fearing the Arabs were armed with guns, the students initially ran away for safety, but they then returned to defend the yeshiva and themselves from the Arab terrorists.

Cholent is a traditional Jewish stew that sits on the fire throughout Shabbat, and is usually eaten for lunch.

After the Cholent was thrown, the Arabs ran away.

Police arrived a half hour after the attack was over.

It’s not known what the students ate for lunch on Shabbat. 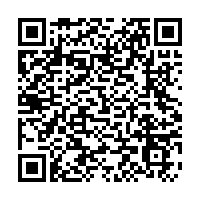