While forcibly removing Jewish residents from their legally purchased home in Hebron, the Civil Administration in Judea and Samaria has just issued construction permits for two United Nation’s Relief and Works Agency (UNWRA)-run Palestinian schools to be constructed in the region.

One of the schools is an all-male facility and the other all-female, in the Jalazone Palestinian refugee camp, located north of Ramallah. After the opening of the new school, additional classrooms for a boys’ school will be built.


In order to ensure the students’ safety, the Civil Administration, together with the United States Agency for International Development (USAID), has begun building a pedestrian bridge over the street next to the school building.

As to the same administration’s dealings with the Jews of Judea and Samaria, the story is a great deal murkier. The Jewish Authority in the Land of Israel, a large group of religious and secular Israelis from both sides of the green line, has issued the following statement regarding the forced evacuation of Jews from Machpelah House in Hebron:

There is no authority to any body or any government, Israeli or otherwise, to deny the purchase of land or houses by Jews, nor the Jewish ownership of such properties, both according to Torah law and under international law (l’havdil).These acts of negativity and destruction and damage are crimes against the Jewish people.

There is no difference in this respect between Netanyahu and Barak, and between the two of them and Abu Mazen, Ahmadinejad, Obama, the EU, Quartet, Turkey, China, or Russia.

They are all enemies of the Jewish people…

Any agreement between Netanyahu and Ehud Barak, to prepare a few settlements while expelling Jews from others, if such was signed, is repugnant, and anyone who can thwart it in any way should be congratulated…

We call upon every Jew in the land of Israel to come celebrate Passover near Machpelah House, for the whole country is our inheritance. 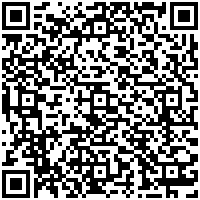