A former State Department employee and two IT specialists from the company that maintained the private server for Democratic presidential candidate Hillary Clinton while she was Secretary of State, all refused to testify Tuesday before a Congressional committee hearing on the matter of the former Secretary’s deleted emails.

Clinton aide Bryan Pagliano, who received a subpoena to appear before the House Oversight Committee, was actually a no-show at the hearing.


Lawmakers were amazed at the temerity of the former State Department employee who had been ordered to appear to testify on the deletion of some of Hillary Clinton’s emails.

Pagliano was the one who had set up the Democratic presidential candidate’s private email server.

But the aide chose not to testify, and didn’t show up for the meeting, instead allegedly exercising his Fifth Amendment right under the Constitution, not to testify against himself.

The committee members argued about the matter, with their views split straight down party lines.

Committee Chairman Jason Chaffetz (R-Utah) said, “He should be here. When you are served a subpoena by the United States Congress, that is not optional.”

That view was supported by Florida Republican Congressman John Mica, who suggested the committee consider ‘contempt of Congress’ as an option.

But committee member Rep. Stephen Lynch (D-MA) argued the subpoena placed Pagliano under threat of criminal prosecution: Chaffetz had already asked the U.S. Attorney for the District of Columbia to investigate deletions from the server, thus raising the possibility of a criminal probe. “It puts him in jeopardy coming before this committee while that criminal referral is in existence,” Lynch said. “He’s an American citizen. I know the Constitution gets in the way of this committee sometimes,” he added with heavy sarcasm.

Two employees of Platte River Networks, the Colorado-based company that maintained the server – Bill Thornton and Paul Combetta – were also subpoenaed to testify before the committee. Both arrived for their appearances but neither was willing to talk: each repeatedly exercised his Fifth Amendment right to refuse to answer questions.

Questioned on the security of the server and deletions of certain emails from it, Chaffetz was forced to excuse them both after endless repetitions of the same response: “On advice of counsel, I respectfully decline to answer and exert my Fifth Amendment right.”

Justin Cooper, an IT specialist and the Clinton advisers who set up the email address, did respond to questions from the lawmakers about cyberattacks on the server, as well as who had access and how it was protected.

With two more hearings to go, the Congress members have yet to see an unedited, unredacted copy of the “unclassified” material from the server, let alone a redacted copy of classified reports. 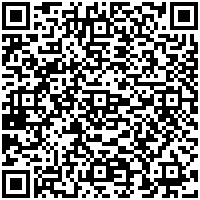