Editor’s note: I was looking at this headline and wondering, as you may have, if this sentence is not quite lenient, considering that all of this man’s neighbor’s are serving a life sentence in Gaza.

In any event, according to Ma’an, a Gaza military court on Thursday sentenced a man found guilty of collaboration with Israel to 15 years in jail.

There’s another questionable term in there: what exactly do they mean by “collaboration with Israel?” We tend to think it’s spying, but maybe it’s not? Maybe the man just did something together with his Israeli buddies?

Probably not. But I don’t think it could mean that he told the IAF where to send the killer drones, because he probably would have gotten a more serious sentence for that.

Should Israel insist that all its jailed collaborators be freed from Palestinian jails as Arab murderers are being set free? Food for thought.

A statement from the court said the man, only identified by his initials A.S., was born in 1982 and was from the al-Shati refugee camp.

The decision could be appealed. 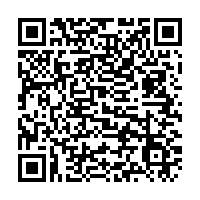