Migdal Oz (TPS) – A colorful mosaic and various archeological artifacts have been recently unearthed at the site of a large, uniquely structured Byzantine basilica in Gush Etzion, south of Jerusalem.

The discovery was made at the Khirbet Bureikut archeological site in Migdal Oz, where the Byzantine church was originally discovered in 1977, and indicates that the inhabitants there were very wealthy. The newly discovered mosaic indicates that the church was originally built in the fourth century, according to Hananya Hizmi, Head Staff Officer of Archeology of the Civil Administration in Judea and Samaria.

“We started to expand the excavation at the end of 2015 to find out where all this wealth came from, since this area was probably isolated from major communities during the Byzantine era,” Haim Shkolnik, who led the excavation on behalf of the Archeology Staff Officer, told Tazpit Press Service (TPS).

Artifacts recently discovered at the excavation include over five kilograms of glass items, pottery fragments, around 50 coins, including one of Alexander Jannaeus, and a handle with the seal of the “Three Magi”.

“The findings at the church indicate great wealth,” Shkolnik informed TPS. “There were many types of marble and glass used and it had drainage channels, a rare feature for Byzantine churches. It also had an underground crypt with two staircases leading down to it, which is also a very rare feature.”

According to Hananya Hizmi, the church was built on a cave from earlier times. “The cave was converted to a crypt and used to buried martyrs,” he said. “The Basilica has a prayer hall, aisles, a narthex running across the structure and an atrium with a big water hole. The church is built of massive stone blocks, suggesting that it was built on an earlier structure.”

“The church is different in its design from what was normal at the time,” said Shkolnik. “It was possibly founded by monks arriving from Syria, as was common in the fifth century.”

The practice of worshipping in the cave began in the fourth century and the cave was converted to a crypt when it was expanded in the 5th century and the church was built. The basilical complex was built during the Byzantine era. According to Shkolnik, the findings indicate that it had been a major pilgrimage site. The place ceased to serve as a church after the early Muslim conquest.

“We found evidence suggesting that they shattered many of the church items, contrary to what some believe about the ‘enlightened’ Muslim conquest,” Shkolnik noted.

The place also saw some activity in the ninth century, but that activity ceased until it was renewed by the Mamluks in the 14th century. The site was then abandoned until it was excavated in 1977.

The Archaeology Staff Officer is the body responsible for enforcing the antiquity laws in Judea and Samaria. It has Jewish and Palestinian employees and is in charge of protecting and developing over 2,500 archeological sites found in the region. 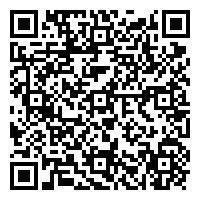