The French Interior Minister announced in a press conference convened late on Wednesday, March 25, that a man has been arrested in what is being described as the “advanced stages” of a terrorist plot against France.

Bernard Cazeneuve, the Interior Minister, said the suspect was arrested in Argenteuil, which is a suburb just north of Paris. The police carried out a carefully executed raid on an apartment building, at which time the individual, described as a “French national” was taken into custody. That suspect was believed to be part of a terrorist network which was planning to strike France.


The French Interior Minister said the arrest followed a thorough investigation which had been ongoing for several weeks, using physical and technical surveillance and “constant cooperation between European services.”

Seventy-five individuals linked to terrorist activity have been arrested in France just since the beginning of 2016, and of those 37 indictments have been handed down.

Cazeneuve said that the suspect was not linked “at this stage” to the recent terrorism in Paris and Brussels.

He ended the news conference by stating that the government of France “strives to protect the French from this threat: we stay and remain absolutely vigilant.” 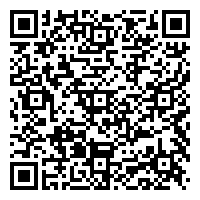