President Barack Obama laced his annual Rosh HaShanah greetings with political overtones, in stark contrast to his message to Muslims last July on their Eid-ul-Fitr holiday marking the end of Ramadan.

President Obama reminded Jews that the “Book of Life is open.” Assuming a posture as a Jew, he added:

As millions of Jews ask God to inscribe their names in that Book we recognize how much lies beyond our control.

It was a pointed reminder to Prime Minister Binyamin Netanyahu that besides God, there also is President Obama who pulls the strings when it comes to world affairs, such as the nuclear agreement with Iran.

The President then preached peace, which he said is “hard, but right now the book is open.  Not just for God but for us.”

That is a theme that was totally absent from his speech to Muslims in July, when he noted:

The end of Ramadan is a time to reflect spiritually, build communally, and aid those in need. While Eid marks the end of Ramadan, it marks a new beginning for each individual – a reason to celebrate and express gratitude on this holiday.

President Obama then devoted nearly half of his greeting to talk about how millions of Muslims go to mosques for prayers and then have “festive gatherings, gift exchanges, and feasts among friends, neighbors and families.”

He emphasized how “the diversity of traditions paint the vibrant images we see from around the world capturing the spirit and excitement of Eid – colorful dresses or white garments decorating the masses of people standing in lines for prayer, lanterns and ornaments lighting up bazaars and neighborhoods, intricate henna designs painted on hands of young girls and women, and an abundance of delectable foods and aromatic cuisines.”

Then he boasted that Eid-ul-Fitr now is a an official holiday in New York City public schools, and he praised Muslims for helping to raise money “for  the churches burned in the wake of the shooting at Emanuel AME Church in Charleston, South Carolina” by a white racist.

The greeting to Muslims was absent of any reference to radical Muslim violence, peace in the Middle East, or the nuclear threat from Iran. It was a typical patronizing greeting made by every leader to partisan groups.

I want to extend my warmest wishes for this New Year. L’Shanah Tovah Tikatevu – may you have a good year, and may you be inscribed for blessing in the Book of Life….

At the dawn of this New Year, let us rededicate ourselves to that work. Let us reject the impulse to harden ourselves to others’ suffering, and instead make a habit of empathy – of recognizing ourselves in each other and extending our compassion to those in need.

Let us resist prejudice, intolerance, and indifference in whatever forms they may take — let us stand up strongly to the scourge of anti-Semitism, which is still prevalent in far too many corners of our world….

And let us work to achieve lasting peace and security for the state of Israel, so that the Jewish state is fully accepted by its neighbors, and its children can live their dreams free from fear.

All of that was absent from this year’s greeting, which also did not mention anti-Semitism and certainly not anti-Zionism, lest he prompt reminders that Iran’s idea of peace is a world without Israel.

President Obama was elected on a motto of “change.”

He has fulfilled his promise.

He indeed has changed. 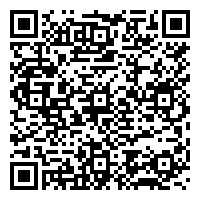