Attorneys for Pathologist Yehuda Hiss, considered the man who knows “where all the bodies are buried” (including the questionable circumstances of the assassination of a prime minister some seventeen years ago) are saying the rumors about his being fired by Deputy Health Minister Yakov Litzman on Monday are premature.

Hiss has been a controversial figure for years, and his Abu Kabir forensic lab has been involved in a number of strange controversies and scandals revolving around the collection of bodies organs as well reports of missing body parts and other organs from dead bodies that passed through his lab.

Families have complained for years that the bodies of dead family members they received back were missing organs, and the bodies were stuffed with other materials to hide the missing parts.

Initially the Health Ministry wanted to try to reunite the found body parts and bury them with their original bodies, but the job of identifying each unlabeled organ and sample to their their original owner has proven to difficult to do.

But due to the difficulty in identifying all the parts to their original bodies, the Health Ministry created a mass grave for many of the 8288 body parts, many of them not documented, that Hiss and his lab had collected over the years.

Some are upset their family member’s body parts went into a mass grave.

Others have wondered why it took so long for Hiss to be fired, and that is a whole other story. 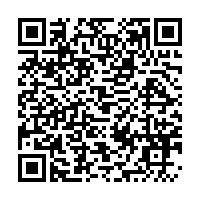