The Jewish Home party won its day in court on Thursday with an administration court ruling that the October 22 elections for the Beit Shemesh mayor and city council are invalid because of suspected fraud. The court ordered a new vote.


Shortly before the voting, police raid several homes and found identification cards that were in the hands of impersonators, and investigators said there is evidence of widespread fraud and suspicion of possible organized crime behind the forgeries.

Amazingly, Mayor Abutbul’s attorney told the court that, sure, there were some forgeries, but “you have to prove that all of the votes [separating Abutbul and Cohen] were invalid in order to cancel the elections. This is simple math. The police raided several homes and caught 120 identification cards, 36 of which were used to vote illegally. These are the facts, and the rest is speculation.”

Nice try, but no go, said the court. It is not just speculation; it is evidence that the foul play“went to the roots of the elections,” the court’s judges wrote in their ruling. It noted that “public trust collapsed.”

Shas is not known for clean politics. Neither is the Likud, but Shas’ problem is that it gets caught more often. It does not have the finesse of the Ashkenazi elite to be crooked and get away with it.

Just ask Aryeh Deri, who has returned to head the party after time ran out on his not being able to hold public office by virtue of his conviction and prison sentence for bribery, which politicians, religious and secular, think is not illegal if is a mitzvah.

Thursday’s decision was victory for the Jewish Home party, which already tastes an electoral victory in the re-run of the votes. A date has not yet been announced, but Beit Shemesh residents are anxious to vote again.

The city has been severely divided over religion. A radical Haredi cult has made life miserable for many national religious families. Many secular residents are furious over the increasing Haredi influence, let alone the radicals who want separate sidewalks for men and women.

A relatively large number of Americans live in Beit Shemesh, located a few miles west of Jerusalem. One of them is Dov Lipman, who now is a Knesset Member for the Yesh Atid party. 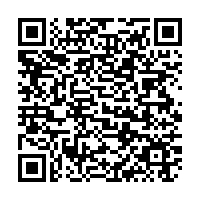