(JNi.media) On Sunday, Nazareth Magistrate Court released two youths who were detained on suspicion of involvement with the June 18 arson at the Bread and Fish Church north-west of the Sea of ​​Galilee, Honenu legal aid society reported.

The youths, who deny all connection to the incident, were held under harsh conditions in a Shin Bet facility for some 10 days, according to the report. Police requested that the youths be released conditionally, and the court ordered them kept under house arrest for two weeks, and prohibited them from contacting other suspects in the case.

Honenu accused the Shin Bet of using harsh interrogation techniques, which included humiliation and threats. Interrogation sessions were carried out for many hours every day, with the boys being shackled to a chair.

The boys were kept in a small cell that lacked minimal conditions, with the light kept on constantly.

The remand of three other suspects has been extended and the Attorney General’s office announced that it would file an indictment against two of them. One of them is suspected of damaging the church and the other of assisting in carrying out the act.

Honenu attorney Aharon Roza, representing one of the released detainees, stated, “I am pleased with the release of the detainee who was held, through no fault of his own, in remand under inhumane and humiliating remand conditions. I demand that it be clear that his release indicates that he does not have any connection to carrying out the act attributed to him.”

Honenu attorney Yuval Zemer, who is representing the other released detainee, said that “from the outset we pleaded that the detainees do not and did not have any connection to the serious crimes attributed to them. We, of course, are pleased with the release, but are saddened by the fact that the detainees were forced to suffer, for approximately 10 days, under harsh remand conditions, brutal interrogations, and severe violations of their basic rights, when today there is no doubt that there was no justification for the remand.”

Did Anyone Say No Settler Will Be Uprooted? Someone Should Tell Bibi 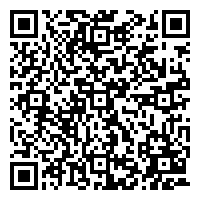