When President Barack Obama says Israel his back, does he mean he is turning his back?

U.S. Secretary of State John Kerry is conveniently skipping over America’s closest ally this week during a trip that will take him to neighboring Egypt as well as Egypt, Qatar, Singapore, Malaysia and Vietnam.

The reason or skipping over Israel is obvious: The Obama administration’s single-minded objective right now is to make sure Congress does not reject “ObamaDeal” with a veto-proof majority.

President Obama’s declaration that he wants an “honest discussion” on the controversial agreement with Iran has its limits. After Kerry was told by Republican senators last week that he was “fleeced” and “bamboozled” by Iran, he does not want to walk into lion’s den.

But the State Dept., of course, has a different version of why Kerry is not stopping over Israel.

It’s just not part of the parameters for this trip. It’s not – it wasn’t a deliberate decision not to go. There’s an awful lot to cover in eight days, as you can see. It’s literally – it’s an around-the-world trip.

He has been in touch with Prime Minister Netanyahu many, many times over the last several weeks in terms of discussing the deal and the parameters of it. So it’s not as if we aren’t in constant communication with Israeli counterparts about this.

The last call that I see to the Prime Minister took place on Thursday the 16th of July.

A journalist pointed out that was more than week ago, bur Kirby maintained, “Yeah, but that’s not that long ago.”

The truth is that Kerry and Prime Minister Netanyahu do not have much to talk about. They can argue until they are blue in the face, but it is not going to get anyone anywhere, even though it would be a boon for the media.

Kerry may not find Egypt much friendlier, but at least he can count on Cairo not enabling the freedom of expression and speech that he doesn’t like in Israel, unless it is in his favor.

He will be in Cairo on Sunday for a session of the U.S.-Egypt Strategic Dialogue, a forum that “reaffirms the United States’ longstanding and enduring partnership with Egypt,” in the words of the State Dept.

That is the same phrase the United States uses for all of its wonderful friends, such as Israel.

On Monday, Kerry will meet with Gulf States officials in Doha, where Saudi Arabia will take the lead to lecture him in private what Netanyahu says in public: The deal with Iran is suicidal, and the war on the Islamic State (ISIS) needs to be more aggressive. 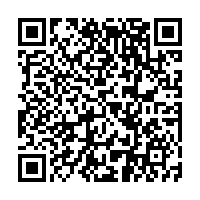