Avraham Fuah, who spent last night in jail, told the court at his hearing today that he doesn’t understand why he was arrested for on the Temple Mount yesterday for singing HaTikva, Israel’s national anthem – as he broke no laws in doing so, according to a TPS report.

Fuah also described to the court how the police acted violently towards him.

The State Prosecutor actually claimed that Fuah had bowed down on the floor [in prayer] during his arrest, Fuah pointed out that the policeman threw him down to the ground while arresting him, and he was injured as a result.

In the video you can see one policeman grab Fuah by the chin and face as he sings HaTikva, turning him around and physically silencing him by covering his mouth.

The judge decided, according to the Hakol Hayehudi website, that there was reasonable suspicion that Fuah sang Israel’s national anthem as an “act of demonstration”.

The judge concluded, “It goes without saying that the state symbols, including the national anthem, are protected by law and the company’s core values. Freedom of expression is also a fundamental right in society, but this freedom can be withdrawn when there is a real concern and probability that a certain expression will cause a disturbance.”

The judge ruled that Fuah is banned from visiting the Temple Mount for the next 15 days. 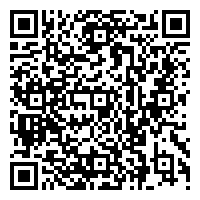