Candy Crowley, the moderator of the presidential debate at Hofstra University on October 16,  interfered in this U.S. presidential race in a way no one ever has before and – let’s hope – no one ever will again. Crowley loudly validated President Barack Obama’s version of reality – and contradicted Governor Mitt Romney’s recollection of actual reality – regarding what the president said in the Rose Garden about what happened in Benghazi, Libya on September 11, 2011.

During the debate President Obama said he called the murder of four Americans an act of terrorism.  Romney said he didn’t.  Crowley said he did.  And Crowley told them they had to move along.


And then the debate did, in fact, move on. And the one opportunity during this debate that voters had to understand what Obama knew, when did he know it, and what did he call it, was lost.

So what did the President say to the American people about the tragedy in Benghazi when he spoke to them from the Rose Garden on September 12?

Obama referred to the violence that killed our compatriots as “an attack.”  He said it three times, “an attack,” and then he referred elliptically – but unmistakably –  to a movie that “denigrated” the religion of Islam, as the cause of that attack.  Four paragraphs into his address, the President said,

Since our founding, the United States has been a nation that respects all faiths.  We reject all efforts to denigrate the religious beliefs of others.  But there is absolutely no justification to this type of senseless violence.  None.  The world must stand together to unequivocally reject these brutal acts.

The words “terrorist acts” were not mentioned until much later, until after the president talked about what happened on “9/11,” the first tragic September 11 in our nation’s history: “Of course, yesterday was already a painful day for our nation as we marked the solemn memory of the 9/11 attacks.”

Not until the tenth paragraph of a 13 paragraph address did the President say anything about terror.  That was when he said, “no acts of terror will ever shake the resolve of this great nation, alter that character, or eclipse the light of the values that we stand for.”

So, the president repeatedly described what happened to Ambassador Stevens, Sean Smith, Glen Dougherty and Tyrone S. Woods as “an attack,” and he clearly and publicly connected the cause of that attack with a movie, The Innocence of Muslims, that enraged some Muslims because they believed it denigrated Islam.

And while the President may have referred to the the murder of Americans in Benghazi on September 11, 2012, as “an act of terror,” his use of the word “terror” was not used to mean terrorism as we have come to understand that term:  as “senseless violence intended to lead to death because of a difference in world view.”   Instead, the President used the term terror, when he finally did, in his address in the Rose Garden on that day because the violence occurred not during a war, and because it was directed against non-combatants.

Is it fair to make that distinction?

That might depend on what you think the meaning of the word “is” is.

Remarks by the President on the Deaths of U.S. Embassy Staff in Libya

THE PRESIDENT:  Good morning.  Every day, all across the world, American diplomats and civilians work tirelessly to advance the interests and values of our nation.  Often, they are away from their families.  Sometimes, they brave great danger.

Yesterday, four of these extraordinary Americans were killed in an attack on our diplomatic post in Benghazi.  Among those killed was our Ambassador, Chris Stevens, as well as Foreign Service Officer Sean Smith.  We are still notifying the families of the others who were killed.  And today, the American people stand united in holding the families of the four Americans in our thoughts and in our prayers.

The United States condemns in the strongest terms this outrageous and shocking attack.  We’re working with the government of Libya to secure our diplomats.  I’ve also directed my administration to increase our security at diplomatic posts around the world.  And make no mistake, we will work with the Libyan government to bring to justice the killers who attacked our people.

Since our founding, the United States has been a nation that respects all faiths.  We reject all efforts to denigrate the religious beliefs of others.  But there is absolutely no justification to this type of senseless violence.  None.  The world must stand together to unequivocally reject these brutal acts.

Already, many Libyans have joined us in doing so, and this attack will not break the bonds between the United States and Libya.  Libyan security personnel fought back against the attackers alongside Americans.  Libyans helped some of our diplomats find safety, and they carried Ambassador Stevens’s body to the hospital, where we tragically learned that he had died.

It’s especially tragic that Chris Stevens died in Benghazi because it is a city that he helped to save.  At the height of the Libyan revolution, Chris led our diplomatic post in Benghazi.  With characteristic skill, courage, and resolve, he built partnerships with Libyan revolutionaries, and helped them as they planned to build a new Libya.  When the Qaddafi regime came to an end, Chris was there to serve as our ambassador to the new Libya, and he worked tirelessly to support this young democracy, and I think both Secretary Clinton and I relied deeply on his knowledge of the situation on the ground there.  He was a role model to all who worked with him and to the young diplomats who aspire to walk in his footsteps.

Along with his colleagues, Chris died in a country that is still striving to emerge from the recent experience of war. Today, the loss of these four Americans is fresh, but our memories of them linger on.  I have no doubt that their legacy will live on through the work that they did far from our shores and in the hearts of those who love them back home.

Of course, yesterday was already a painful day for our nation as we marked the solemn memory of the 9/11 attacks.  We mourned with the families who were lost on that day.  I visited the graves of troops who made the ultimate sacrifice in Iraq and Afghanistan at the hallowed grounds of Arlington Cemetery, and had the opportunity to say thank you and visit some of our wounded warriors at Walter Reed.  And then last night, we learned the news of this attack in Benghazi.

As Americans, let us never, ever forget that our freedom is only sustained because there are people who are willing to fight for it, to stand up for it, and in some cases, lay down their lives for it.  Our country is only as strong as the character of our people and the service of those both civilian and military who represent us around the globe.

No acts of terror will ever shake the resolve of this great nation, alter that character, or eclipse the light of the values that we stand for.  Today we mourn four more Americans who represent the very best of the United States of America.  We will not waver in our commitment to see that justice is done for this terrible act.  And make no mistake, justice will be done.

But we also know that the lives these Americans led stand in stark contrast to those of their attackers.  These four Americans stood up for freedom and human dignity.  They should give every American great pride in the country that they served, and the hope that our flag represents to people around the globe who also yearn to live in freedom and with dignity.

We grieve with their families, but let us carry on their memory, and let us continue their work of seeking a stronger America and a better world for all of our children. 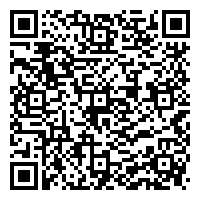