David Landau, the British born former editor-in-chief of Haaretz passed away on Tuesday in Jerusalem, at the age of 67.

Landau made Aliyah to Israel in 1970 and worked at the Jerusalem Post for 20 years as a correspondent and later on as the managing editor.

Landau was an Orthodox Jew, and politically very left, not a particularly common combination.

The funeral will be held on Wednesday, January 28, at Har Hamenuchot at 4pm. 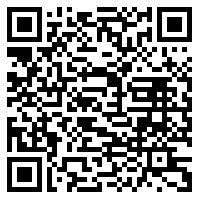