UPDATE: No press conference was held, but the Pentagon press secretary, Rear Adm. John Kirby, sent out a message on social media that “no decision” has yet been “made by Army leadership with respect to Sgt. Bergdahl’s case. The process will be respected.” In other words, they have not yet released their conclusion for public consumption.


Reports are swirling that U.S. Sgt. Bowe Bergdahl will be charged with desertion. Bergdahl walked out of his army base in Afghanistan in 2009 without permission, and was later captured by the Taliban and held as a prisoner for five years.

In a highly-publicized and widely-criticized move, the U.S. exchanged five prisoners held at Guantanamo last year for Bergdahl’s freedom.

All five who were released from Guantanamo in exchange for Bergdahl were high-profile prisoners. One, Mohammed Nabi Omari, 46, was a member of a joint al-Qaeda-Taliban cell and, according to his case file, “one of the most significant former Taliban leaders detained” at Guantanamo. Another was the Taliban’s deputy chief of intelligence, and still another was once the Taliban’s interior minister and helped to create the Taliban movement in 1994.

Army General Mark Milley, the command authority in the Bergdahl case, has not publicly released his findings. Nevertheless, people are reporting that military sources confirmed that Sgt. Bergdahl will be charged with desertion. NBC News reported that a senior military official disclosed that Bergdahl would be charged and that the “charges could be referred within a week.”

One retired military official, Lt. Col. Tony Shaffer, said that the “charge sheet” for Bergdahl has already been given to the former captive’s lawyer. Shaffer also said that the Obama administration had tried to keep the details of Bergdahl’s charges hidden, according to the Washington Times.

The Pentagon press spokesperson is scheduled to give a press conference at 2:00 p.m. in Washington, D.C. 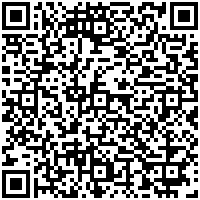