“The Monday after Yom Kippur the Rabbi Came Out.”


Now, wouldn’t that be a thriller you would pick up at Amazon?

On the Monday after Yom Kippur, Rabbi Gil Steinlauf, senior rabbi at the Washington, D.C. Adas Israel Conservative synagogue, announced that he is gay.

In a letter sent to congregants, Steinlauf wrote:

I am writing to share with you that after twenty years of marriage, my wife Batya and I have decided to divorce. We have arrived at this heartbreaking decision because I have come to understand that I am gay. These are great upheavals in my personal life, as in Batya’s and that of our children. But it is plain to all of us that because of my position as Rabbi of Adas Israel, this private matter may also have a public aspect. We recognize that you may well need a period of reflection to absorb this sudden news. I am most grateful for the support Adas’ lay leaders and clergy have provided my family and me in the short time since I brought this matter to their attention. That support makes it possible for us to prepare for this new chapter in our lives, and for me in my ongoing service as Rabbi of Adas Israel Congregation.

While I struggled in my childhood and adolescence with a difference I recognized in myself, that feeling of difference did not then define my identity, much less the spouse I would seek. I sought to marry a woman because of a belief that this was the right thing for me. This conviction was reinforced by having grown up in a different era, when the attitudes and counsel of adult professionals and peers encouraged me to deny this uncertain aspect of myself. I met and fell in love with Batya, a wonderful woman who loved and accepted me exactly as I am. Together, we have shared a love so deep and real, and together we have built a loving home with our children–founded principally on the values and joys of Jewish life and tradition. But my inner struggle never did go away. Indeed, Batya herself has supported me through this very personal inner struggle that she knew to be the source of great pain and confusion in my life over decades.

A text I’ve sat with for years is from the Babylonian Talmud (Yoma 72b) and states, “Rabbah said, any scholar whose inside does not match his outside is no scholar. Abaye, and some say Ravah bar Ulah, said [one whose inside does not match his outside] is called an abomination.” Ultimately, the dissonance between my inside and my outside became undeniable, then unwise, and finally intolerable. With much pain and tears, together with my beloved wife, I have come to understand that I could walk my path with the greatest strength, with the greatest peace in my heart, with the greatest healing and wholeness, when I finally acknowledged that I am a gay man. Sadly, for us this means that Batya and I can no longer remain married, despite our fidelity throughout our marriage and our abiding friendship and love. As our divorce is not born of rancor, we pray that together with our children we will remain bound by a brit mishpachah, a covenant of family.

Together with the other officers of Adas Israel, I stand with Rabbi Steinlauf. Our synagogue is strong, large, and inclusive–a big tent with room and respect for all. Rabbi Steinlauf, along with the rest of the clergy, will continue to advance new paths to Torah, making Judaism and its tools for a beautiful life more accessible for more Jews. We will continue our diverse approaches to worship, from the traditional to the innovative. At the same time, we understand that Rabbi Steinlauf will be undergoing a challenging personal transition in the coming months, and we extend to him patience and a generous spirit.

Steinlauf has been the senior rabbi at Adas Israel since 2008, and before that he was the rabbi at Temple Israel in Ridgewood, N.J., and Congregation Tifereth Israel in Columbus, Ohio. He graduated from Princeton, and studied at Pardes Institute in Jerusalem. He received his ordination in 1998 at the Jewish Theological Seminary.

Rabbi Steinlauf fell into an odd liminal moment in history. If he were a 25-year-old rabbi, there would be no drama here, no nothing, in fact, because he would simply be a rabbi who happens to be gay. The Conservative movement of Judaism has changed over the past decade or two in unimaginable ways. I have trouble picturing a synagogue that wouldn’t hire a gay rabbi. On the other hand, if he were 60 years old now, with the same identity, he most likely would have been able to glide toward retirement, his secret intact.

Goldberg quoted Foer’s note on the coming out, that “Rabbi Steinlauf has just discovered the most dramatic possible way to break the Yom Kippur fast.” 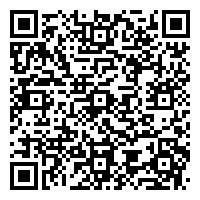