Robert De Niro’s Nobu Hospitality group has announced it will open a luxury hotel in Tel Aviv. Nobu Hotel Tel Aviv, to be located at 55 Rothschild Blvd. and 66 Ahad Ha’am St., will feature 38 guest rooms, a large garden, a fitness center and swimming pool, spacious outdoor grounds, a private rooftop for hosting events, and, of course, a Nobu restaurant.

Nobu Hospitality was founded in 2013 by De Niro, Hollywood producer Meir Teper and chef Nobu Matsuhisa. The signature Nobu restaurant in New York City, started back in 1993 in Tribeca, is consistently ranked one of the best restaurants in the United States and now has establishments all over the world.

“To come to Tel Aviv in this location with partners and good friends, Gerry and Heather, is the perfect congruence for us all,” said Teper.

“Coupled with Tel Aviv’s presence as a major high-tech and business center, and the strong tourism market in the city, the project fits perfectly with our global clientele,” said Nobu CEO Trevor Horwell. 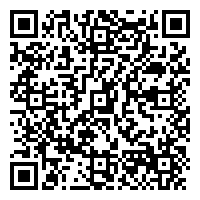