More than 11,000 children have been killed in the Syrian civil war, any of them starved to death and shot and tortured, according to a new report by the Oxford research Group.

Male victims outnumber female victims by two-to-one, and most of the boys have been between 13 and 17 years of age.


“The data we analyzed indicates that bombs and bullets alone ended the lives of ten thousand Syrian children in 30 months of war,” said co-author Hamit Dardagan.

More than 120 children were killed by chemical weapons, in the attack on Ghouta last August.

“What is most disturbing about the findings of this report is not only the sheer numbers of children killed in this conflict, but the way they are being killed,” added the report’s other co-author, Hana Salama.

She added that they have been “bombed in their homes, in their communities, during day-to-day activities such as waiting in bread lines or attending school; shot by bullets in crossfire, targeted by snipers, summarily executed, even gassed and tortured.” 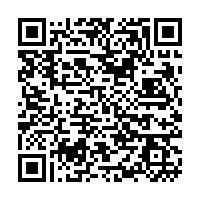