JERUSALEM – A group of lawyers have sent a letter to Ban Ki Moon, UN Secretary General, requesting that the UN review and reconsider any acceptance by the UN of the Palestinian requests for accession to international conventions, pending fulfillment of the legal and moral requirements set out in international law and practice.

On April 1st Palestinian Authority head Mahmoud Abbas signed letters to the UN and to the governments of Switzerland and the Netherlands requesting that “the State of Palestine” be granted accession to fifteen international conventions and treaties.


Alan Baker, Head of International Action Division in the Legal Forum for Israel, stated that: “This action by the Palestinian leadership, together with the consequent, hurried acceptance of the Palestinian applications by the United Nations and by the Swiss government, raise serious questions both regarding the flawed perception as to the very existence and legal status of a sovereign state of “Palestine”, as well as to the issue of the potential implications of what are, in effect, serious violations of the 1995 Israeli-Palestinian Interim Agreement, and of the very integrity of the international law of treaties. It would appear that the conventions to which the Palestinians have requested accession require that only states be permitted to accede. By rushing to accept the Palestinian accession requests, knowing that there exists no genuine Palestinian state, the UN is in fact both misleading itself as well as the international community as a whole, and as such is undermining the very integrity of international treaty law, creating a regrettable precedent.”

Baker, former Israeli Ambassador to Canada and former legal adviser to Israel’s Foreign Ministry, further stated: “The question may well be asked whether the UN, in accepting the Palestinian request to accede to international treaties of which it serves as depositary, is not undermining the Israeli-Palestinian peace process and predetermining the very central issues that remain to be negotiated between the parties. In our considered legal view, had the UN acted in accordance with its proper legal and moral duties pursuant to international treaty law and practice, it should have determined in no uncertain terms that the Palestinian requests for accession to the conventions fail to meet the requirements of international law. It is regrettable that the UN and the other depositories appear nevertheless to have permitted themselves to be manipulated in this way, which, we feel, damages the integrity of the organization, as well as of international law and custom.” 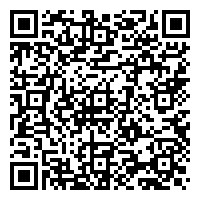