A former employee at the University of Washington Hillel was arrested after threatening to blow up the building.

The man, who was fired recently as a maintenance worker, was arrested Monday after making the threat in the basement of the Karen Mayers Gamoran Family Center for Jewish Life building and mixing toxic chemicals in a supply closet, according to the Seattle Times.

As many as 30 employees and students evacuated the building and called police. A police SWAT team entered the building and found the man, who has not been named, overcome by fumes from the mixed chemicals, which included ammonia and bleach.

Police closed roads to traffic around the building during the incident. The Hillel, which is located about two blocks from the campus, was set to reopen on Tuesday, according to the Seattle Times.

Hillel director Rabbi Oren Hayon told the Los Angeles Times that he did not believe the attack was anti-Semitic. 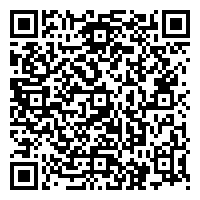