Fourth and fifth grade siblings from Columbus, Ohio were stabbed to death by their Israeli father while visiting him at his home southeast of Tel Aviv, Israel, according to Israeli authorities.

The children, Yishai, 11 years old and 10 year old Sara arrived in Israel on Wednesday for a pre-arranged visit. Shortly after they arrived, the father killed them. He then turned himself in to the Israeli police.


Their parents are divorced. The mother, Karen Levy, moved back to the United States with the children after the divorce.

Several reports noted that the children’s visitation schedule was the point of contention, and that the three-times yearly visits by the children had recently been changed to twice-yearly.

The children attended the Columbus, Ohio Torah Academy, and they and their mother belonged to a modern Orthodox synagogue, Beth Jacob Congregation.

“The entire Columbus Torah Academy community is heartbroken over the loss of our two precious students,” headmaster Rabbi Zvi Kahn said in a statement.

“Our thoughts and prayers are with the children’s grief-stricken mother. We ask that everyone respect the family’s privacy.” 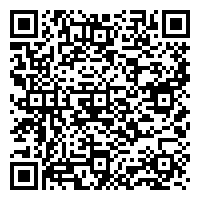