A French search vessel has picked up the signal from one of the flight data recorders (black boxes) on the doomed EgyptAir Flight MS804, which crashed in the Mediterranean Sea on May 19.

All 66 passengers and crew members aboard the Airbus A320 were killed. According to a report posted by The Guardian, Egyptian authorities confirmed that a distress signal was received from the plane when it crashed.


“A U.S. official from the National Oceanic and Atmospheric Administration (NOAA) also said an emergency beacon was picked up by satellites minutes after the airliner disappeared from radar… as it flew from Paris to Cairo, according to reports,” The Guardian wrote.

Batteries in the “black boxes” can transmit signals for up to 30 days after a crash. Sometimes the boxes can be found even after that time, despite the expiration of the batteries.

The French vessel Laplace was the ship that picked up “signals from the seabed of the wreckage search area, assumed to be from one of the data recorders,” according to a statement from the Egyptian committee investigating the crash. Two members of the French aviation safety agency BEA are aboard the Laplace.

A second vessel, the Mauritius-based John Lethbridge from the Deep Ocean Search company, is set to join the search later this week. 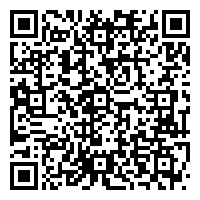