According to Kipa.co.il, Israel’s Chief Rabbinate instructed kashrut supervisors to remove the popular American drink Dr. Pepper from store shelves, on the grounds that it is not being supervised in Israel nor in London.

The Chief Rabbinate claims that, based on data provided by the Badatz in London, it appears that products made in England and imported to Israel under the name “Dr Pepper” are are not kosher.


“The product has a kosher sticker on it marked Kosher KLBD (Badatz London), but it has not actually received  their approval and therefore presenting it as kosher under their supervision is a serious forgery,” says a special warning issued  by the Chief Rabbinate.

UPDATE: While we first heard about this story on Kipa, it was apparently Rafi Goldmeier, the blogger ‘Life in Israel‘ that broke the story. Thanks to Rafi’s father for the shout-out letting us know. 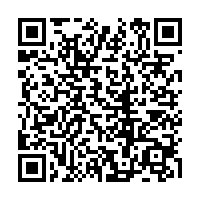