11:35 PM: The left wing of Likud was taken out of commission tonight, as well as Benny Begin, a right-winger who was ousted, most likely, for his support of obeying the Supreme Court in its decision on uprooting the community of Migron. It is important, however, to keep in mind that Prime Minister Benjamin Netanyahu, who is also the Chairman of the Likud party, has some freedom to rearrange some of the names on the list, in light of other considerations, such as realistic spots that must be reserved for women, immigrants, and minorities. Also, in the process of merging the Likud list with FM Avigdor Liberman’s Yisrael Beiteinu, Netanyahu may be able to move some of the names around with the support of the Likud election committee — as he has done in past elections.

But there is no doubt that the Likud has moved to the right, although the five men at the top of the list are more centrist than most of the men and women behind them in the top 20.

Certainly, it will be more difficult for Netanyahu to pursue a 2-state solution with this list in his camp, and certainly to form a coalition government with Labor or anyone from the left.

One unintended victim of the victory of the Likud’s right wing is expected to be the newly cobbled Jewish-Home / National Union list, which only two days ago received 14 seats by public opinion polls. The NRP list, headed by Naftali Bennet, was banking on religious Likud voters expressing their resentment at Netanyahu’s record on the settlements and the Gaza operation by voting NRP. Now, with names like Feiglin, Hotovely, Regev and Danon starring in the new Likud list, those voters are as likely to award their votes to a large, soundly right-wing party, instead of gambling on the national religious camp.

10:42 PM: Channel 2 has predicted that long-serving MKs and Likud ministers Dan Meridor and Benny Begin have not scored a realistic spot on the Likud list.

Because of the “shidduch” with FM Avigdor Liberman’s Israel Beiteinu, a realistic spot tonight is anything less than the 20th spot. This is because the two lists will merge in a “zipper” formation, or, if you will, alternate feed. This means that of the 35 “good” spots, only 20 will go to the Likud.

10:17 PM: In conversation with Walla, Jewish Leadership candidate Moshe Feiglin agreed that he has changed his tactics this time around, from “revolutionary” to “evolutionary” changes. He said he expected to win a realistic spot on the Likud list. When asked how many supporters he had managed to bring out, Feiglin answered: “many.”

The vote count, supervised by a judge, has begun.

10:05 PM: Moshe Feiglin is the star of the evening, as the TV cameras are following his every move. After many years in which his election to realistic spots on the Likud list have been suppressed, Feiglin appears to have made it.

9:05 PM: Channel 2 News cites a mega Deal between Transport Minister Chayim Katz (Aviation Industry) and Moshe Feiglin (Jewish Leadership) which appear to be cashing in on their superior organizations.

The extension of the vote today was an attempt on the part of the powers that be in Likud to try and change the outcome, which appears destined to favor the pro-settlement wing of the party. Some rumors have blamed those same powers that be for the delays and the dysfunctional computer tally system.

8:50 PM: There is a general expectation tonight of turmoil, if not a tsunami, in the Likud. Since this morning, on the second day of voting in the Likud primary elections, declared last night because of irregularities and long lines at the polls, voting percentages were far lower than expected. In the first 6 hours of voting today, the polls received only about 3.5% of the electorate, compared to around 53% yesterday. So far, some 70 thousand have voting, or approximately 57% of the registered Likud members. Party officials now fear that the low percentage may mean a dramatic change in the list of chosen candidates.

According to Israel’s Channel 2 News, some Likud officials estimate that the more right-wing members, who are also better organized, have increase their strength in the current elections. According to some estimates, a number of MKs, including government ministers, may have been ejected from the list.

Two polls in Judea and Samaria which hadn’t opened to the public all day were the reason today’s vote was extended by one hour, to 10 PM. 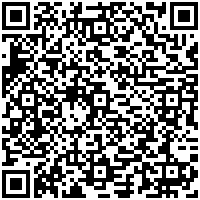