In a graphic reminder of how close Egypt is to the edge, if it hasn’t crossed that line already, Islamic supporters in Egypt were caught on camera throwing  two youths off the roof of a building. If that wasn’t enough, they began beating the boy’s crushed bodies, reminiscent of the act of cannibalism that underscored the complete breakdown of civilization in Syria, when a Syrian rebel ate the heart of a Syrian soldier, on camera.

The youths were celebrating the overthrow of the democratically elected Muslim Brotherhood president, Mohammed Morsi. The Islamists decided to put an end to that.


Islamic and revolutionary opponents have been fighting in the streets since the military coup. The Islamists seem to have an actual majority in Egpyt, where between 30% – 50% of the nation are illiterate.

As an aside, following the precedent of Hamas’s violent coup in Gaza, Judea and Samaria will clearly descend into the same chaos and anarchy if Kerry has his way, and a Palestinian state is created on this side of the Jordan river. 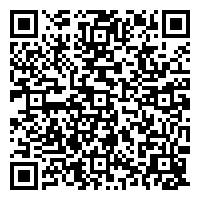